Even with all the improvements made in a series over the years, sometimes it’s a breath of fresh air to go back to the earlier roots. That’s what Rebellion Developments has given everyone a chance to do with Sniper Elite V2 Remastered, which, with the exception of some visual polish, is pretty much the exact same game many of us played back in 2012. If that sounds like a good time to you, then you probably already have a copy. For everyone else, it’s going to depend on how easily you can jump backwards in a series that has made some major improvements in recent years.

For those new to the Sniper Elite series, it’s all about the thrill of stealth combined with the payoff of absurdly brutal long-distance takedowns. As Lieutenant Karl Fairburne, players are tasked with eliminating dangerous Nazi targets in the final days of World War II. These assassinations culminate in the aforementioned payoff: the X-Ray Kill Cam that shows how the shot goes down in slow motion. Seeing the damage you’ve done in x-ray vision is always entertaining, and it’s almost too over the top to really be considered gruesome. It’s the stealth sniper game equivalent of a Mortal Kombat finishing move. 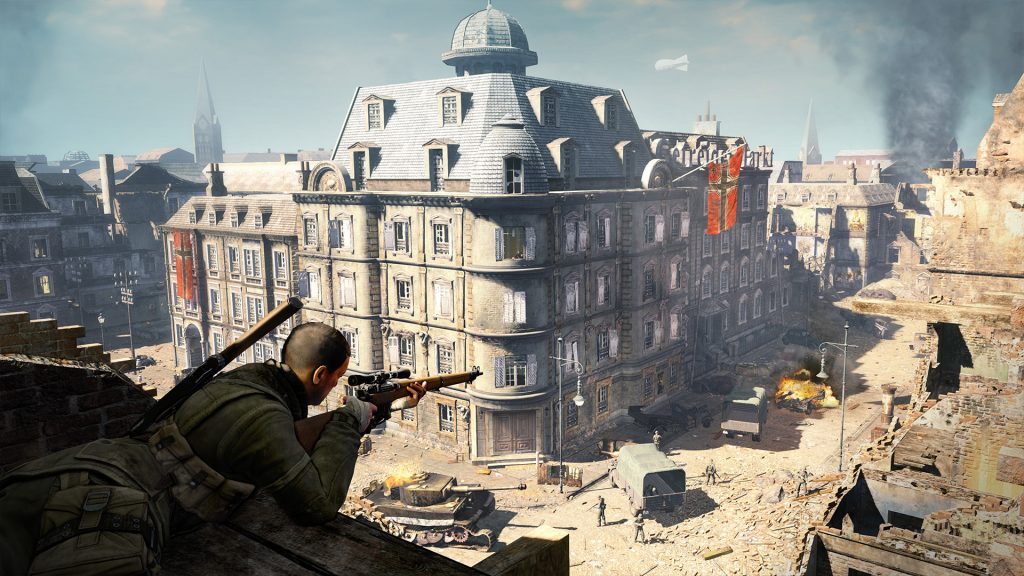 This is all going to be pretty straightforward for anyone who hasn’t long since moved past V2 and on to improved followups like the third and fourth entries. Those games did a great job of both enhancing the artificial intelligence of enemies and crafting a more attractive overall visual design. Sniper Elite V2 is fun, but its environments are drab and its enemies are as dumb as rocks. On the other hand, there’s a special sort of charm to the smaller levels that makes for a more easily digestible experience.

If you played Sniper Elite V2 the first time around and went on to have fun with later games in the series, there’s little reason to go back unless you had specific missions or moments you loved. The best thing Sniper Elite V2 Remastered has to offer is a more refined and touched-up way to snipe your way through the last days of war for the first time. Give V2 a shot and then prepare to be wowed as you move on to the sprawling locales of Sniper Elite III and Sniper Elite 4. 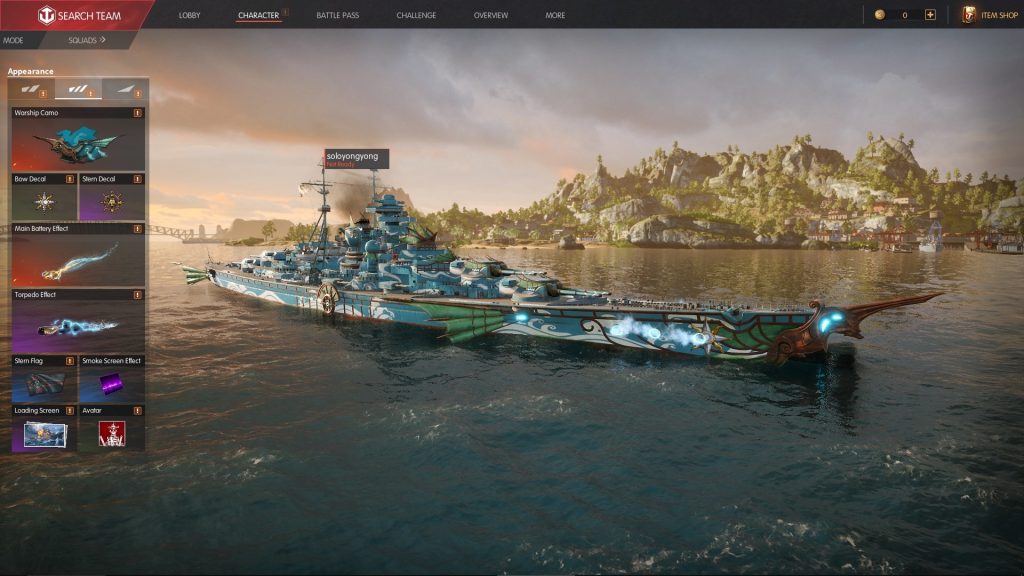 Refight: The Last Warship is a free-to-play strategy game from Chinese developer Fantian, and it originally launched on PC via Steam Early Access back in May 2019. That wasn’t the last stop for this intense survival sim, though, because a PlayStation 4 port was recently revealed at the ChinaJoy 2019 event. At a glance Refight looks more or less like another take on the hugely successful World of Warships and its contemporaries, but it has some potential to break out on its own once it makes its way out of Early Access and onto PS4 and Steam proper.

Survival is the name of the game, especially considering the limited resources players begin with in each battle. Materials appear randomly, but it’s going to take some serious searching to obtain the right supplies and further strengthen your battleship for the fights to come. Toss in harsh environmental elements like rain, fog, and blizzards, as well as the constant creeping threat of the enemies that surround you, and you have an imposing environment that adds tension to the otherwise standard battle royale style combat.

There are additional strategies to master beyond choosing the right warships for the mission at hand and knowing which weapons will take down certain enemies most effectively. Players also have to consider the ability to capture nearby islands to improve their odds in battle, especially since they serve as such an enticing vantage point for added protection and relief from the oncoming volleys of enemy torpedoes. 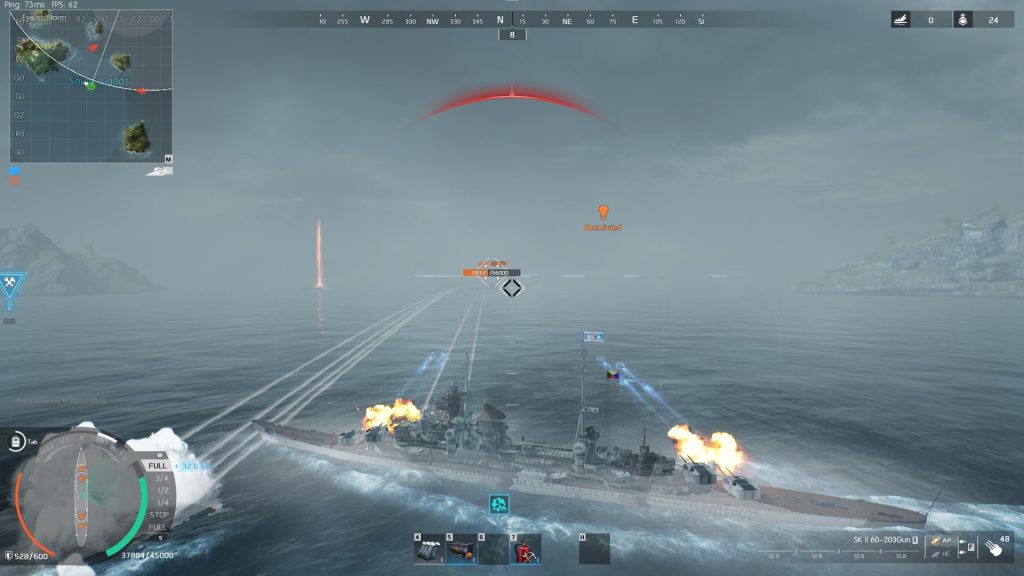 If you’re wondering what you can expect out of the Early Access version of this game, there are a few limitations to keep in mind. The scope hasn’t fully been ironed out at this point, but right now players can choose from three warships and begin navigation of the sea through a handful of different channels. Some of the warship defense components that can be collected along the way include ammunition and supplies, as well as an engine, naval weaponry, and more. Thirty players can go up against one another either as single players or as a team, with 15-on-15 action supported. Developer Fantian promises to expand upon these and other features by the time Refight’s full version is available.

At the time of this writing, Refight: The Last Warship has a ton of rough edges that need to be worked out. Once it leaves Early Access and debuts on consoles and PC as a full-fledged warship rumbler, we’ll be sure to check in to see if it’s worth your time. For now, participation is only really recommended to those who want to provide feedback, or simply to see what else waits in the waters beyond the heavy hitters like World of Warships. It is free, though, so the only resource you’ll be risking is time.